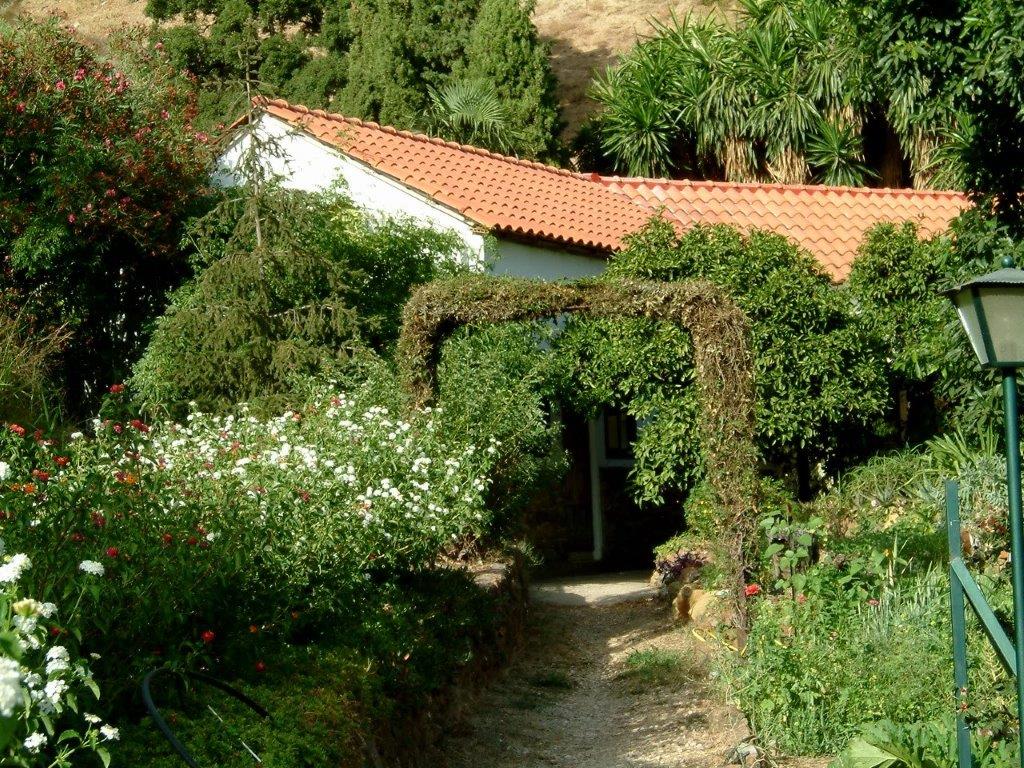 Close to the Andalusian mountain village of Ojén, the El Tejar finca is located in a small quiet valley. It can be reached via a partly unpaved country road, which is only used by the residents of neighbouring fincas.
At the bottom of the valley, a small stream flows – here, the El Tejar rises in terraces to the entrance and its main house.

What grows on the finca

The finca is covered in a wide variety of vegetation: besides lemon, orange and avocado trees, various other fruit trees thrive, all of which give off their scent when in bloom and attract many bees and other insects as they search for food. Cypresses, palms and yuccas also grow in large numbers on El Tejar, giving the finca its varied and inviting appearance. Various kinds of vegetables, such as tomatoes, zucchini, eggplants, pumpkin, cabbage etc. supply the finca with fresh food. A few chickens and turkeys also help the finca supply itself with food.

A stream gives water to the finca

The stream that flows through the valley gives its inhabitants the necessary water to irrigate the fincas, including El Tejar, during the summer months.
Especially in the heat of summer, the cool water invites you to take a refreshing dip in one of the natural pools. But also in winter the stream gives a visitor an invigorating moment after relaxing in the finca’s own sweat lodge. The stones heated in the fire, the cool water of the mountain stream, the powerful earth of the finca as well as the clear, pure air of the Andalusian nature have a very pleasant, relaxing, purifying and invigorating effect on body and soul.
Built with natural stone walls, the individual terraces of the finca are connected by paths and natural stone stairs, so that one can easily move around the area. 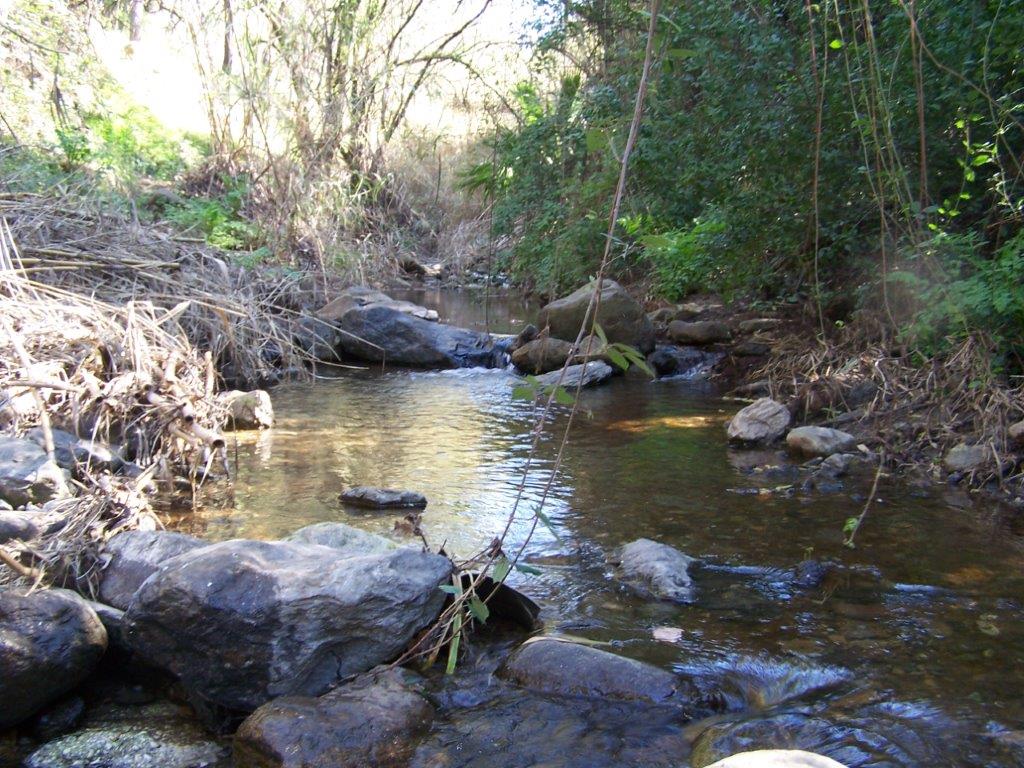 Managed in an ecological and environtally friendly manner

El Tejar is part of the non-profit Humanitao Foundation and is run by several employees on a voluntary basis in a purely ecological and environmentally friendly manner. You can see the careful treatment of nature and the respect toward an ecological balance in many details: be it in nesting aids for wild bees or in natural methods for nature and landscape conservation.

Since 2018, around half of the electricity required has been generated by the finca’s own photovoltaic system. The rest is purchased from a green electricity provider.
Water for domestic use is taken from the stream, drinking water from a well in the village or from a spring in the mountains.

Let us not to forget the large and small four-legged friends who enrich life on the finca in their own way: a small dog, several cats and an endearing domestic pig, all of whom are good friends with each other and conquer the hearts of the people in no time.

You can reach the Yogacenter Marbella Yoga, also owned by the foundation, in about 20 minutes by car from the finca, on the outskirts of Marbella, The yoga and TaiChi classes that take place there all year round can be attended as well as various seminars.

Workshops on the finca

The finca is also the venue for events organised by the foundation, such as the creative seminar ‘Pure Creativity!’ or various courses on nature and landscape conservation.

If you come to us to participate in a seminar or help with the year-round work, you can make a small contribution to cover expenses and stay on the finca in one of the several small huts made of stone and wood – which fit harmoniously into the nature of the finca – or small rooms in the main house. During such an active stay you can learn how to care for nature and the environment directly and responsibly.

Excursions in the surrounding area

If you would like to leave the finca’s paradise of peace and seclusion, you can reach the village of Ojén – one of the picturesque white mountain villages of Andalusia – in a few minutes by car or half an hour on foot. From there you can reach Marbella, on the Costa del Sol, in a few minutes by bus or car. Further excursions are possible to Málaga, Granada, Córdoba and Seville, where you can immerse yourself in the rich Moorish past of Andalusia. There are also many natural paradises in the surrounding area that are worth exploring.