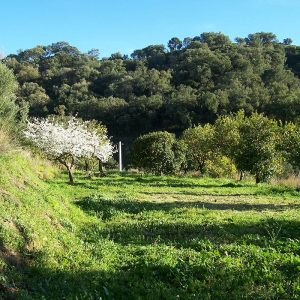 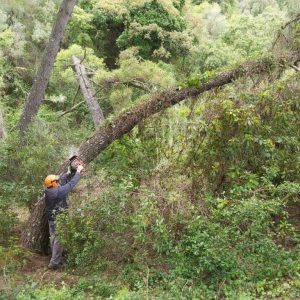 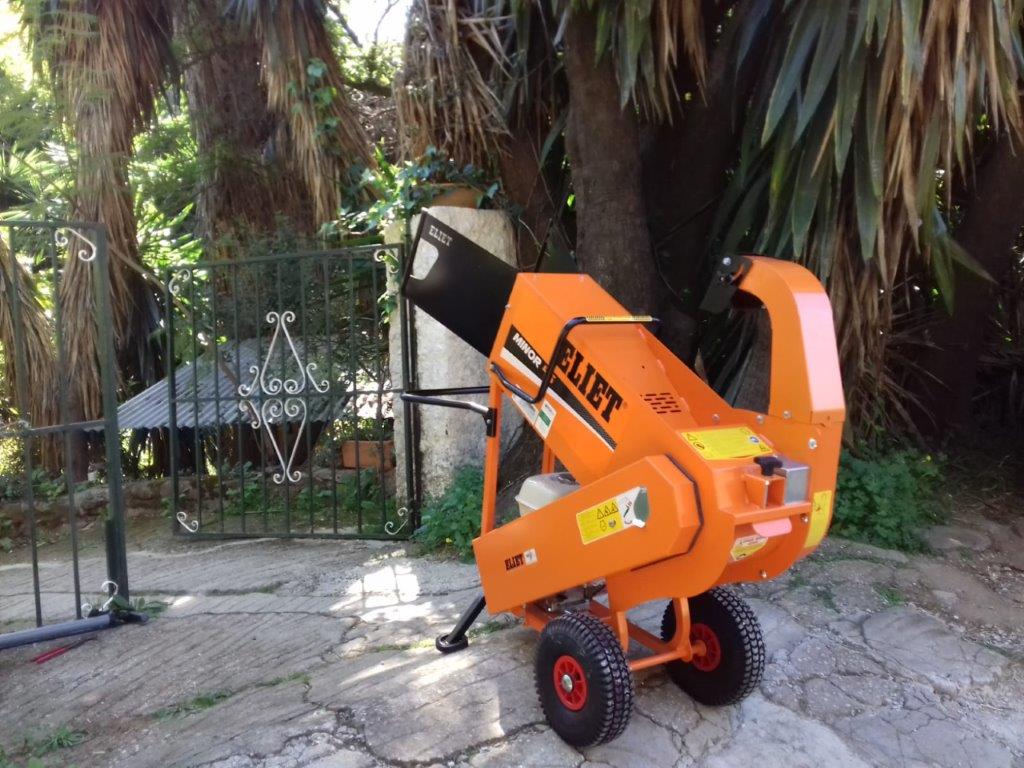 After some suggestions and careful consideration we decided to buy a shredder suitable for our purposes. By chipping the wood, the burning of the wood cuttings, which we have been practicing up to now, can be replaced as far as possible. The plants grown here are not disposed of into the atmosphere, but instead they are preserved as a valuable raw material. This is how the theoretical considerations on the subject of chipping began and have subsequently been extended to all the ‚raw materials‘ on the finca. During the study of permaculture, which began last year, this term had already appeared, but could not yet be fully grasped in its dimensions. It was recommended to make a list of all available raw materials. It becomes more and more obvious that this list is much more extensive than first thought. It will probably continue to expand over time.

First experiences with the shredder

The first experiences with the new shredder, which by the way is called ‚Elli‘, could be made. It became apparent that some materials cannot be shredded: Climbing plants, dry yucca leaves and material that is too humid and compact, and more experience will certainly be gained there.

The experience goes on

The next experiences were made with the quantity and the type and consistency of the ‚chaff‘ produced. As it should be used as a raw material later, it must also be stored until it is used, which of course immediately presented new challenges. The first batch of chaff was filled into bags, tied up well and stacked to save space. After three days, however, condensation had formed in the sacks and the sacks had become quite warm. That was not the intention. The seemingly very dry material was probably still so humid , i.e. alive, that it could heat up in the closed bags. So the sacks were opened again and the next sacks were stored open under a foil so that they would not get wet again by the rain. The first bags, where the fermentation process had already started, were then mixed with sheep pellets, garden lime and rock flour and then piled like a cone.

The first chopped mulch around the avocado trees

The next batch was moistened and, together with sheep pellets, was put on as a mash. The third batch was directly distributed as mulch around several avocado trees. It turned out that a relatively large amount of material is needed for one tree. This means that the entire chaffed tree cuttings from one winter only provides mulch for a fraction of the avocado trees. One last batch is just waiting as a mash to be used as mulch.

All our animals have respect for our tame pig Franzi – except Lotta. She thinks all animals are her friends and of course she wants to share their food with them. However, this only works with Franzi, whose feeding bowl Lotta is even able to move away without being disturbed so that she can eat undisturbed.

From the middle of March we were, so to speak, under house arrest on the finca, because a nationwide curfew of several weeks was ordered due to the increasing number of infections of the coronavirus in Spain.

So all appointments were cancelled and suddenly there was a lot of time. We were able to use this additional time very well to finish many of the work that had been left behind. The workshop was thoroughly cleaned up and new shelves were built. We were able to carry out wood repairs and use many old wood scraps. The rabbit hutch was cleared out, old, broken and unused cages were dismantled. Also the garage could be cleaned up and all old hose remainders sorted and disposed.

Due to corona we also had more time to live our creativity – be it musically, video technically, in the sewing room and so on.

Yoga, meditation and spiritual exercises could be given more space in daily life.

So this outwardly unpleasant circumstance had very pleasant effects for the residents of the finca.