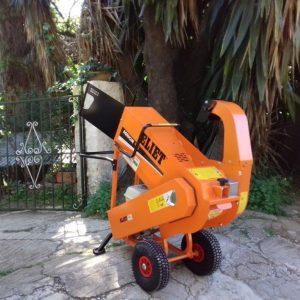 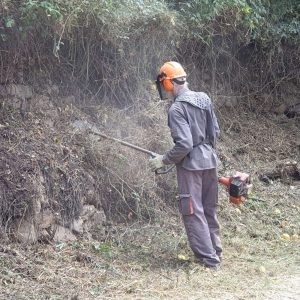 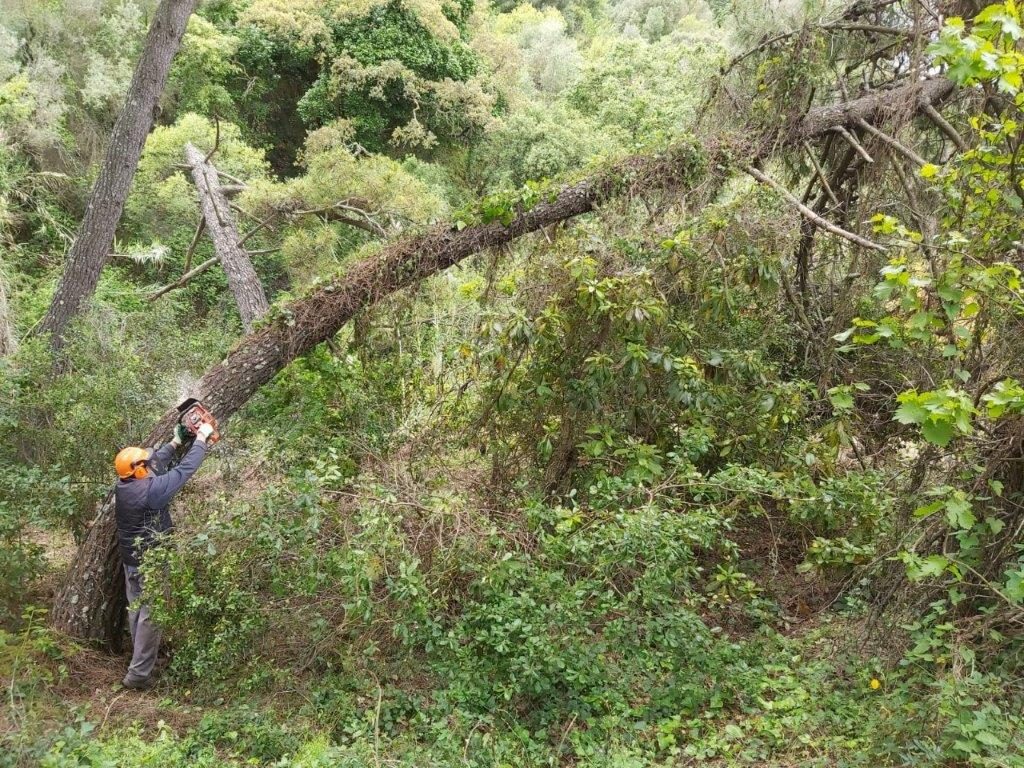 In April the final work on our water depot was completed. A new pump was installed in the new pump house – the old one had become very prone to repairs. Now we are ready again for the coming irrigation period.

The annual spring works have started. The irrigation hoses of the lemon trees were rolled up and the first terraces were scythed.

Our winter harvest came to an end with the dwindling cabbage harvest. In April we were still able to harvest a wide variety of cabbages: white cabbage, red cabbage, Brussels sprouts, romanesco and broccoli.

A pine tree had to be felled

A large, 15 m high pine tree had to be felled. In the meantime it had bent so far that it was already resting on other trees and bushes. In addition, several climbing plants had spread uncontrolled in it and in the neighbouring trees and bushes and had already formed a real carpet. Before the chainsaw could start its work, the area around the pine tree to be felled had to be cleared of the climbing plant jungle.